ArmA Scripting Tutorials: How To Remove BETA Watermark + Other Things

I’m going to make this blog post slightly different as there will not be much scripting content in here, so I’m going to answer few questions people sent me. Where do you get information for your blog from? Googling, BIS forums, BIS wiki and from a lot of my own experiments with ArmA. Where do you get information about new commands? The game has all the info, the command is supportInfo and this is how you use it:

Each update I run it, open .rpt file and then compare output with previous list to see what has been changed. Why were you banned from BIS forums? I was stupid enough to mention in public that I have downloaded leaked pre-alpha version of DayZ Stand Alone. How long have you been coding in SQF? From November last year.

Right, the watermark. BIS put that watermark for a reason so that they can track game version from a video. But if you’re making custom game content and want to have cleaner GUI because you want to use the right bottom part of the screen, removing it is not that difficult. Removing the watermark boils down to making all controls containing it, invisible. 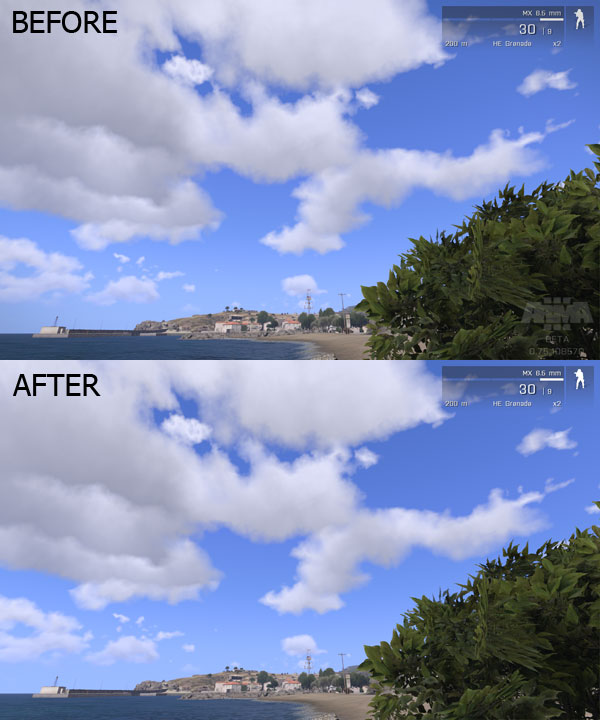 You can add the following script to the bottom of init.sqf or spawn it as a separate script: