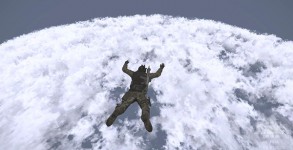 Today I’m going to share this little tool I made to test things in multiplayer environment. It is a simple GUI that allows to execute

ArmA Scripting Tutorials: How To Find A String Within A String

I thought I’d share this function I wrote back in the days when I was helping with DayZ Mod. The original BIS function used by

As promised a bit more in detail regarding the previous part. The official info about extensions is here, it also has examples for other languages. 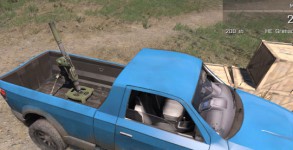 ArmA 3: How To Aim MK6 Mortar In First Person

There is only one static weapon at the moment in ArmA 3 BETA and it is MK6 Mortar. It has a noob mode when you

EDIT: VS2013 is already available and I recommend it over VS2012. The tutorial is still kind of relevant though. What is ArmA extension? It is

ArmA Scripting Tutorials: How To Remove BETA Watermark + Other Things

I’m going to make this blog post slightly different as there will not be much scripting content in here, so I’m going to answer few

Ever wondered what happens to your bullets when they exit the barrel of your gun? Well in ArmA each projectile is an actual object which

First of all this is fictitious function and is not part of ArmA 3, although I’m going to try to convince BIS devs to incorporate

A scope is a portion of code that exists between opening { and closing bracket }. In case of a separate script file, the scope