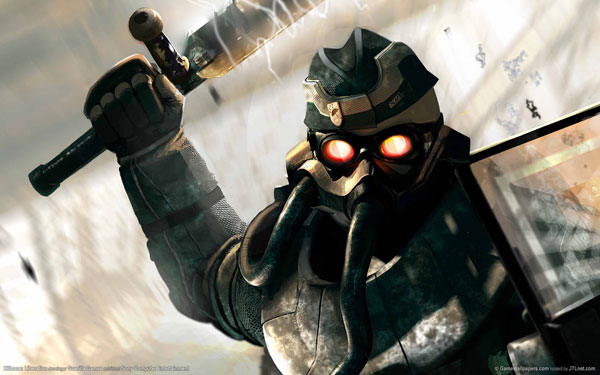 Killzone:Liberation is hands down one of the best titles still available on PSP. Custom crafted for PSP and PSP only by Guerrilla Games, it is a true masterpiece of game design. While the game itself deserves much praise, the support that went along with it does not.

Yes, Killzone:Liberation is about 6 years old and as it often happens with older games, its developer has moved on. Well, that is what you would expect, only the game was incomplete when shipped and required online download  containing the final chapter of the single player as well as multiplayer component. And the DLC was indeed available for some time until the in-game download menu stopped working and is still not working until this day.

After many requests Guerrilla finally made the Chapter 5 DLC available again in zipped format and released  instructions on how to install the chapter manually. Would you get surprised if I told you the “welcome back” page that contained the instructions is not available any more? Anyway, I have uploaded both US and EU DLC zips to Google Drive for anyone to use in case they also disappear from Guerrilla website. The links to the zips are at the bottom of the post.

So, have you got PSP and Internet connection? You can install the DLC right from XMB using auto-downloader I’ve constructed. Simply open PSP web browser and go to http://killzonekid.com/kzl then select the appropriate download. Just remember, Chapter 5 DLC is around 75MB so it might take a while. 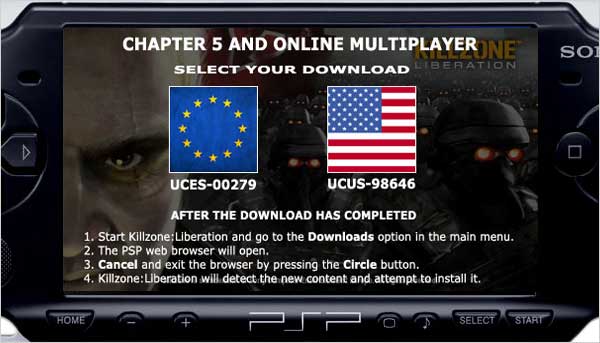 Ah yes, there are 2 versions of Killzone:Liberation – European and American. Look at your UMD and you should see either UCES-00279, if you have EU version or UCUS-98646, if you have US version. If you install wrong version by mistake, it won’t work. When correct version is installed you should see v1.2 in the bottom left corner of the game menu and Multiplayer (Online) will become available from the multiplayer menu.

If for some reason you cannot install DLC with auto-downloader you will have to do it manually (instructions included with ZIP files).

That is all. Share this post or leave a message down below if it worked for you.