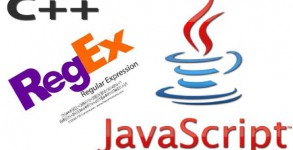 What is this extension? It is a very simple .dll that would go to sleep for X milliseconds before returning control to Arma engine, hence

At first I wanted to just update the original post with url_fetch extension but then decided to write a proper callback SQF implementation. Thanks to Sandbird for

Whoahoohoodilly! I’ve got another donation, this time from a fellow by the name of Nazar. If it keeps on going like this, I’m quitting my

Thanks to ffur2007slx2_5 for giving me the heads up about inconsistencies between calculating distances the usual way and using distance command in game. Every man and

Snakes are funny in Arma 3. In the early days of Arma 3 Alpha, snakes had human names and could open doors in buildings. With

Do you like things go boom? You’re in luck if you do, as in Arma 3 there are plenty of such things! Apart from mines

Let’s talk little bit about commands in Arma 3, or precisely 1,500+ of them. Just the other day we were discussing this with my friend

I tried to do it once before but didn’t like the outcome. This time it is good enough to share. So basically in Arma 3

Arma 3 has rather large and round cargo parachutes, which where not animated until recently, big thanks to The Most Venerable Order of Configuration, Lord Pettka.

I want to dedicate this post to something that has been bothering me for awhile. Why? Because it has really simple solution and yet for